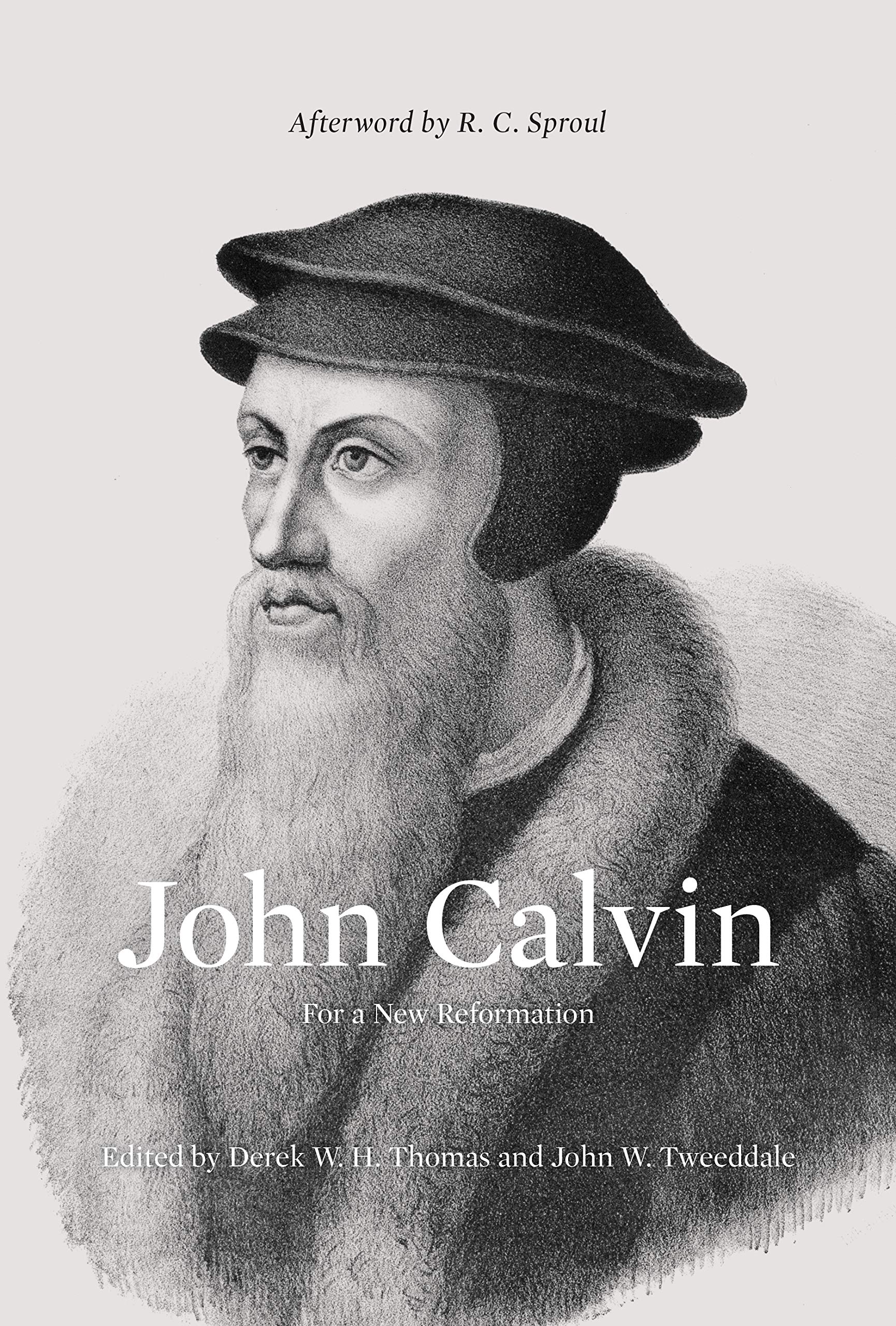 Over two thousand years of church history have produced a wide assortment of Christian leaders. One man who exerted an enormous amount of influence in his day was John Calvin. In recent years, theologians and pastors have revived an interest in Calvin including, A Godward Gaze: The Holy Pursuit of John Calvin by yours truly.

The most recent and comprehensive offering is an edited volume by Derek W.H. Thomas and John W. Tweeddale. This massive volume that spans over 600 pages includes contributions from well-known scholars such as Stephen Nichols, Steven Lawson, Burk Parsons, Paul Helm and others. The afterward by R.C. Sproul is a fitting conclusion from the man who should be credited for restoring an interest in Reformed theology in the twentieth-century church. Sproul’s words are especially moving and significant, since this is his last published writing before his death in 2017.

John Calvin: For a New Reformation is arranged in two parts. Part 1 explores the life and work of John Calvin. The contributors share a wealth of biographical information on Calvin including his early years, conversion, and friendships. Especially significant is the piece by Steven Lawson that summarizes the expository preaching of Calvin.

Part 2 explores the teaching of John Calvin. The contributors weigh in on several doctrinal subjects including the providence of God, the person and work of Christ, predestination, the sacraments, perseverance of the saints, and Calvin’s approach to eschatology. Edward Donnelly’s chapter, The Christian Life stands out the most. Donnelly helps readers see the pastoral heart of Calvin, which is undergirded by four central features of the Christian life: self-denial, cross—bearing, meditation on the future life, and the present life. Donnelly shows how Calvin lived an authentic and transparent Christian life, which inspired thousands in the sixteenth century and continues to inspire people in our day.

Over the years, I have read dozens of books about the French Reformer, John Calvin. This book is among the best. Thomas and Tweeddale should be commended for assembling such a worthy team of writers who celebrate a man who continues to wield a great deal of influence on individual lives and the church of Jesus Christ.